Knowledge about how changes in gene expression are encoded by expression quantitative trait loci (eQTLs) is a key to construct the genotype–phenotype map for complex traits or diseases. Traditional eQTL mapping is to associate one transcript with a single marker at a time, thereby limiting our inference about a complete picture of the genetic architecture of gene expression. Here, we implemented an ultrahigh-dimensional variable selection model to build a computing platform that can systematically scan main effects and interaction effects among all possible loci and identify a set of significant eQTLs modulating differentiation and function of gene expression. This platform, named iFORM/eQTL, was assembled by forward-selection-based procedures to tackle complex covariance structures of gene–gene interactions. iFORM/eQTL can particularly discern the role of cis-QTLs, trans-QTLs and their epistatic interactions in gene expression. Results from the reanalysis of a published genetic and genomic data set through iFORM/eQTL gain new discoveries on the genetic origin of gene expression differentiation in Caenorhabditis elegans, which could not be detected by a traditional one-locus/one-transcript analysis approach. 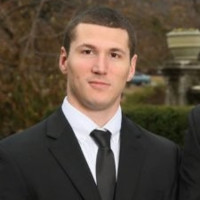